The U.S. Food and Drug Administration on Tuesday approved StrataGraft, a topical treatment for severe burns made from skin tissue, providing a boost for Madison-based firm Stratatech. Stratatech was founded in 2000 by SCRMC member Lynn Allen-Hoffman, the first female University of Wisconsin-Madison faculty member to start a biotech company.

The Food and Drug Administration-approved trial will use a form of transplant that replaces a patient’s bone marrow with alpha-beta T-cell depleted peripheral blood stem cells from closely matched unrelated donors or family members.

Over the past two decades, stem cell research at UW-Madison has grown from involving a handful of scientists to nearly 100 from more than 30 schools, colleges and departments.

SCRMC member Daniel Z. Radecki recognized for his commitment to improving the lives of all postdocs

Nine University of Wisconsin–Madison postdoctoral researchers have been recognized with the inaugural Postdoc Excellence Awards for their teaching, service and mentoring. Daniel Z. Radecki (Comparative Biosciences) received one of these awards.

“The defining feature of Dan’s work with the (UW–Madison Postdoctoral Association) and others is his commitment to bettering the lives of all postdocs. He envisions how each event and initiative can best impact the individual, through the lenses of diversity and inclusion, immigration status, postdocs’ personal lives (e.g. childcare considerations), department/discipline, and more.”

Researchers at UW–Madison have made new photoreceptors from human pluripotent stem cells. However, it remains challenging to precisely deliver those photoreceptors within the diseased or damaged eye so that they can form appropriate connections, says David Gamm, director of the McPherson Eye Research Institute and professor of ophthalmology and visual sciences at the UW School of Medicine and Public Health.

“While it was a breakthrough to be able to make the spare parts — these photoreceptors — it’s still necessary to get them to the right spot so they can effectively reconstruct the retina,” he says. “So, we started thinking, ‘How can we deliver these cells in a more intelligent way?’ That’s when we reached out to our world-class engineers at UW–Madison.”

Research from the University of Wisconsin–Madison finds that a new therapeutic approach for heart failure could help restore cardiac function by regenerating heart muscle. In a study recently published in the journal Circulation, the UW team describes its success in improving, in a mouse model, the function of heart muscle by temporarily blocking a key metabolic enzyme after a heart attack. This simple intervention, the researchers say, could ultimately help people regain cardiac function. “Our goal was to gain new understanding of how the heart can heal itself following injury at the molecular and cellular level and see if there was a way to restore cardiac function to an earlier state,” says UW–Madison’s Ahmed Mahmoud, professor of cell and regenerative biology in the School of Medicine and Public Health.

Grafting neurons grown from monkeys’ own cells into their brains relieved the debilitating movement and depression symptoms associated with Parkinson’s disease, researchers at the University of Wisconsin–Madison reported today. In a study published in the journal Nature Medicine the UW team describes its success with neurons made from cells from the monkeys’ own bodies after reprogramming to induced pluripotent stem cells. UW–Madison neuroscientist Su-Chun Zhang, whose Waisman Center lab grew the brain cells, said this approach avoided complications with the primates’ immune systems and takes an important step toward a treatment for millions of human Parkinson’s patients. Learn more about their work here.
March 1, 2021

The project, led by David Gamm, MD, PhD, director of the McPherson Eye Research Institute and professor of ophthalmology and visual sciences at the UW School of Medicine and Public Health, will develop a transplantable patch to restore vision to members of the armed forces who have been injured by blasts or lasers.
December 11, 2020

New Visualization Method Gets to the Heart of Parkinson’s Disease

It’s been 25 years since University of Wisconsin–Madison scientist James Thomson became the first in the world to successfully isolate and culture primate embryonic stem cells. He accomplished this breakthrough first with nonhuman primates at the Wisconsin National Primate Research Center in 1995, using rhesus monkey cells, then in 1996 with marmoset cells. Thomson then published his world-changing breakthrough on human embryonic stem cell derivation in Science on Nov. 6, 1998.
November 6, 2020

“EEMs and exosomes each have attractive characteristics as therapeutics,” Dr. Hematti, UW-Madison’s Department of Medicine, noted.” As a cell therapy, EEMs will not proliferate or differentiate to undesirable cell types, which remains a concern for many stem cell therapies. Moreover, EEMs could be generated from a patient’s own monocytes using off-the-shelf exosomes, resulting in a faster and more facile process compared to autologous MSCs. Alternatively, exosome therapy could be a cell free, shelf-stable therapeutic to deliver biologically active components.” “Altogether, we believe our studies’ results support the use of EEMs and/or exosomes to improve ligament healing by modulating inflammation and tissue remodeling,” Dr. Vanderby concluded.
November 3, 2020 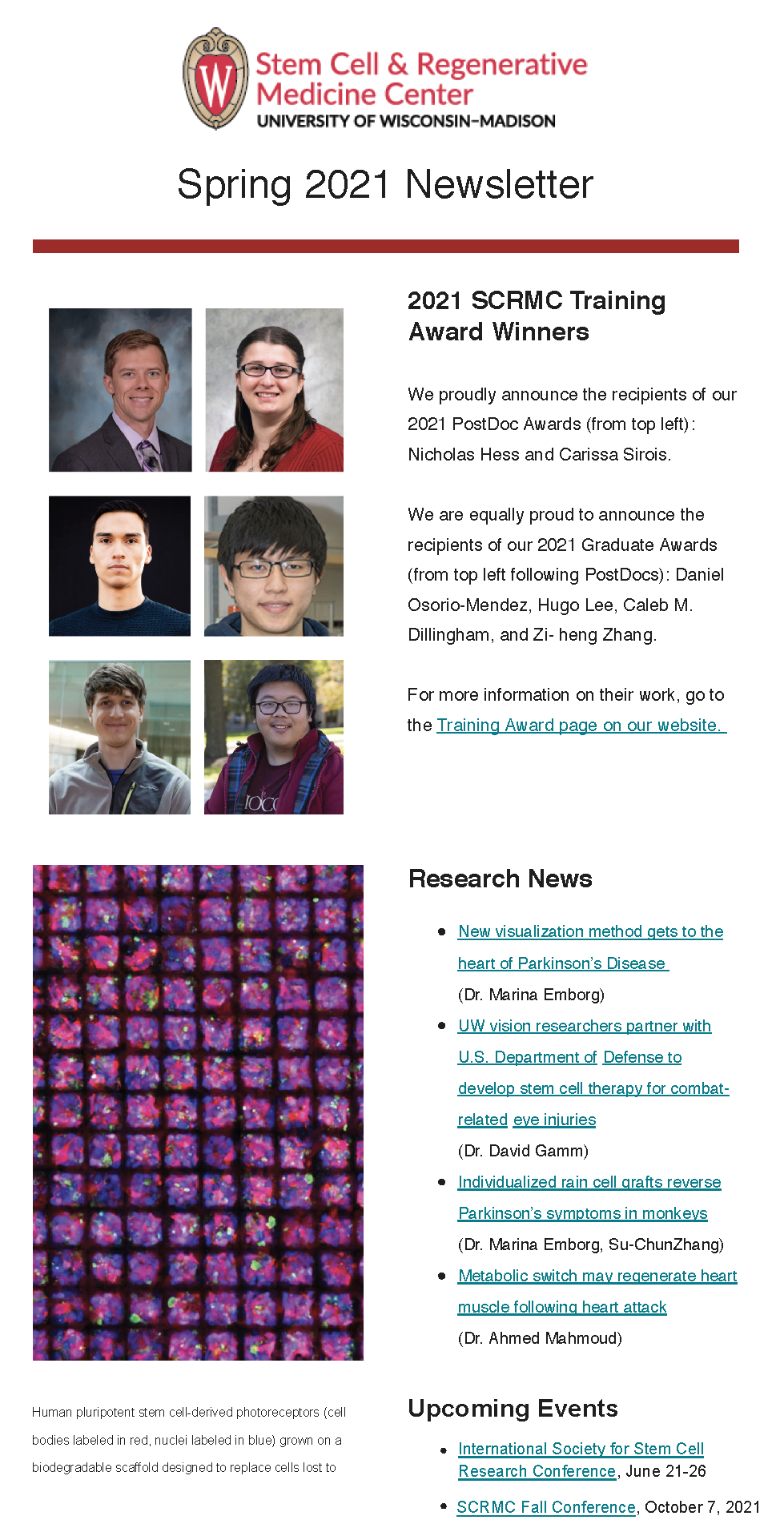 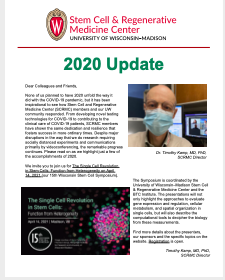