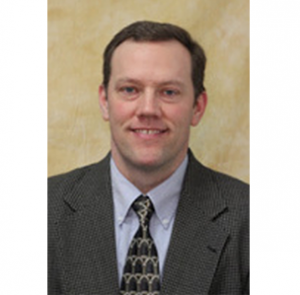 The blood-brain barrier (BBB) begins to form early in embryonic development. During this time, the mesoderm-derived vasculature invades the immature CNS and begins to gain BBB characteristics such as tight junctions and a lack of fenestrae.

However, the origins of BBB induction are currently unknown, and the most well studied BBB-inducing cells, astrocytes, are not present during the onset of BBB development. Rather, the developing brain in the embryo consists predominantly of neural progenitor cells, radial glia, neuroblasts, astrocyte precursors and neurons.
Therefore, in order to study BBB induction under conditions relevant to the embryonic situation, rat brain endothelial cells have been cultured with rat embryonic neural progenitor cells (NPC) to form a novel co-culture model. NPC are multipotent neural progenitors capable of differentiating into neurons, astrocytes, and oligodendrocytes.

When brain endothelial cells were exposed to differentiating NPC, an induction of BBB properties was observed, and the induction phenomenon was distinct from that generated by mature astrocytes. Thus, it is hypothesized that NPC-derived progeny play a role in early embryonic BBB induction.

To test this hypothesis, the NPC differentiation pathway will be controlled with soluble mediators to determine whether self-renewing NPC and/or differentiating NPC can elicit BBB properties in adult and embryonic brain endothelial cells. Through this process, the identity of the BBB-inducing cell type(s) and the molecular mediators responsible for this inductive phenomenon will be elucidated.

Finally, to correlate these data to the in vivo situation, interactions between NPC and the developing BBB will be evaluated from E11-P14 by brain section immunohistochemistry.

Understanding the embryonic BBB development process could yield many new insights regarding fetal brain disease. Furthermore, knowledge of the barrier-genesis pathway could open new avenues for restoring BBB function in debilitating neurological disease, and may be relevant to the use of NPC in stem cell therapies.