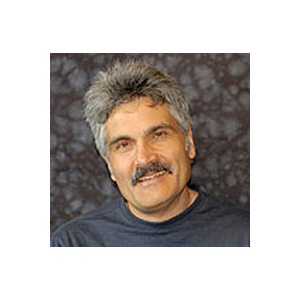 The obesity and diabetes epidemics

The obesity epidemic is evoking a parallel epidemic in metabolic diseases, including diabetes, cardiovascular disease, hypertension, fatty liver, neurological diseases, and kidney failure. Genetic factors contribute to these diseases and obesity acts as a stressor that elicits phenotypes that might otherwise be silent. Our laboratory uses mouse genetics to identify novel causal and responsive genes leading to metabolic diseases.

Diabetes results from an absolute or a relative insulin deficiency. Pancreatic β-cells sense blood glucose and respond by secreting insulin. Insulin lowers blood glucose by promoting its clearance from the circulation and by inhibiting gluconeogenesis. In type 2 diabetes, there is an increased requirement for insulin, caused by a dampened response to the hormone, coupled with a failure to meet this increased requirement. This bottleneck is strongly influenced by genes acting in β-cells. We study these genes to discover mechanisms by which β-cells sense glucose and trigger insulin secretion.

Genetic Pipeline. Our projects come from genes we identify in our screens using mouse genetics. We then study these genes in transgenic mice and in cell lines.

Gene causal networks and diabetes. By combining global gene expression profiling and genetics, we are able to construct causal networks linking specific genes with diabetes phenotypes. One of those genes is the transcription factor NFATc2. We are studying its regulation in relation to β-cell function and diabetes.

Sortilin and metabolic disease. From a human genetic study, a coding mutation was discovered in the Sortilin gene that affects both insulin and cholesterol metabolism. We derived a “knock-in” mouse that replicates these phenotypes. In addition, the mice are obese and have hepatic steatosis (fatty liver). Sortilin regulates the trafficking of proteins in the secretory pathway, so we are studying its function in adipocytes and hepatocytes in relation to these clinical phenotypes.