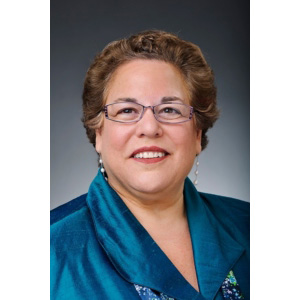 Dr, Charo is the Warren P. Knowles Professor of Law & Bioethics at the UW Law School.

R. Alta Charo is the Warren P. Knowles Professor of Law and Bioethics at the University of Wisconsin at Madison. She is an elected fellow of the National Academy of Medicine (fomerly known as the Institute of Medicine) where she serves on its Board on Health Sciences Policy and its executive council. Professor Charo served as a member of the Obama-Biden Transition Project, where she was a member of the HHS review team, focusing her attention particularly on transition issues related to NIH and FDA. On leave from 2009 to 2011, she served a senior policy adviser in the Office of the Commissioner at the U.S. Food & Drug Administration. Charo has served on several expert advisory boards of organizations with an interest in stem cell research, including the Canadian Stem Cell Network, CuresNow, the Juvenile Diabetes Research Foundation, the International Society for Stem Cell Research and WiCell, as well as on the advisory board to the Wisconsin Stem Cell Research Program. In 2005, she was appointed to the ethics standards working group of the California Institute for Regenerative Medicine, where she helped to draft the CIRM regulations governing adult, embryonic and induced pluripotent stem cell research. Also in 2005, she helped to draft the National Academies’ Guidelines for Embryonic Stem Cell Research, and from 2006 to 2009 she co-chaired the National Academies’ Human Embryonic Stem Cell Research Advisory Committee.

More recently, she chaired a 2013 National Academies workshop on stem cell “tourism.” (A video of the workshop can be found here), and was named co-chair of the newly formed National Academy of Medicine Forum on Regenerative Medicine. She is also the co-chair of the joint NAS-NAM Committee on Human Gene Editing and in March 2016 she testified in support of fetal tissue research before the congressional Select Investigative Panel on Saving Infant Lives.